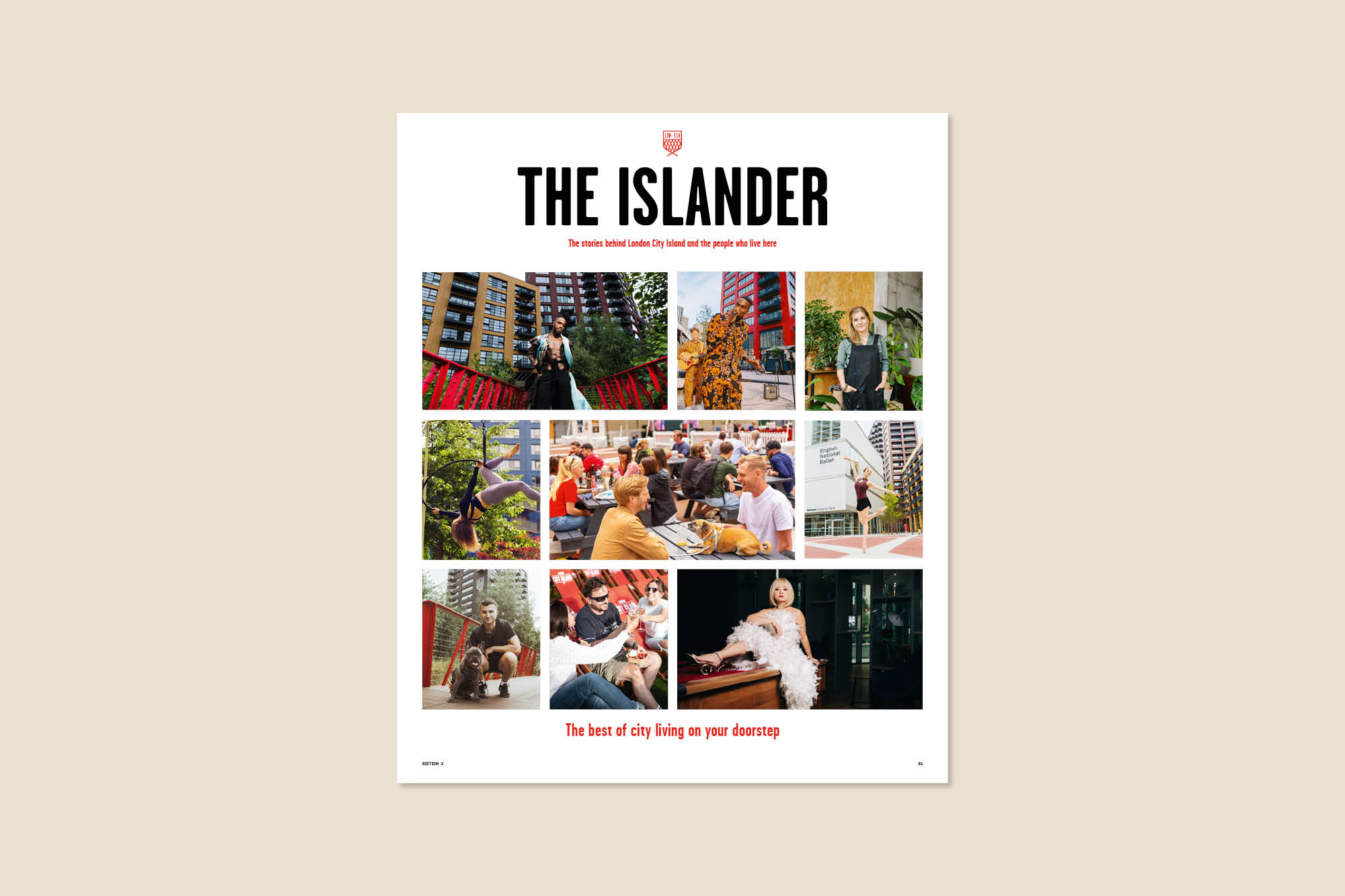 SHOW is delighted to present the second edition of The Islander newspaper. This premium glossy newspaper was published at the end of 2021 as an evergreen piece of editorial and marketing tool for Ballymore to showcase its London City Island development.

Located on its own 12-acre island in East London, surrounded by the River Lea, London City Island launched in 2016. The award-winning development is characterised by its colourful brick apartments and townhouses, as well as a striking red bridge which connects it to Canning Town and the rest of London.

Appealing to City professionals given its close proximity to Canary Wharf, as well as young families due to its leafy landscaping, London City Island is a contemporary and artistic community. It is home to the new premises of English National Ballet, as well as a number of independent galleries, bars and restaurants.

The Islander newspaper essentially captures a full year on the island, and echoes the articles produced by SHOW for the London City Island website and Journal. It includes exclusive interviews, illustrations and photoshoots that showcase the diversity of the development and its neighbours. This includes interviews and photography of high-octane parkour workouts, a local hydroponics farm and coverage of the inaugural Islander Festival 2021, with a performance from The X Factor winner Dalton Harris. The newspaper also features thought-pieces on the appeal of living by water and the importance of a community, as told by broadcaster and popular philosopher Matthew Syed.