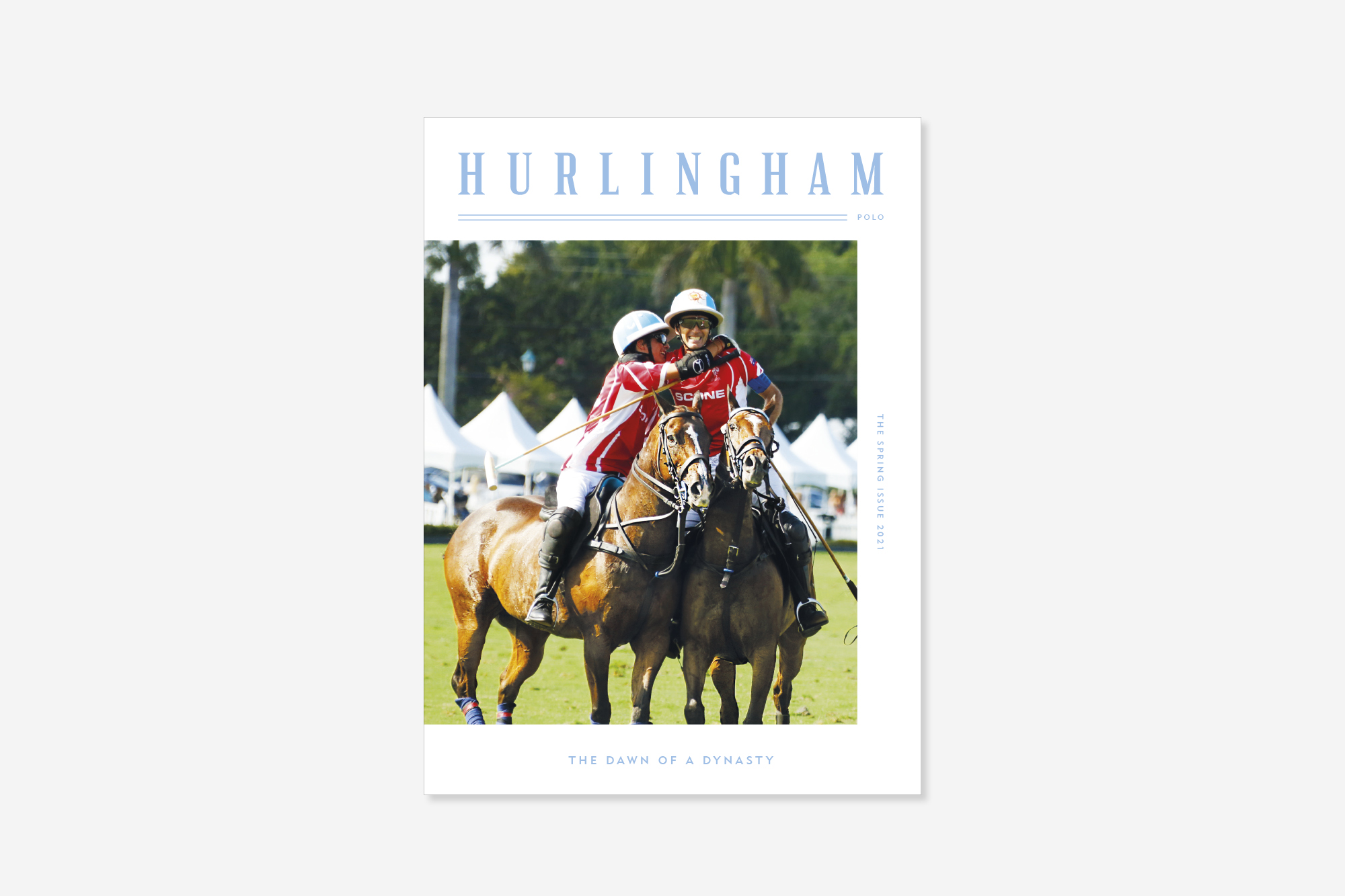 Founded in 2005, Hurlingham is the most widely circulated international luxury magazine for polo. It features extensive coverage of the sport, as well as information, opinion and lifestyle content that reflects the interests of the passionate and affluent polo community – both on and off the playing field.

In this Spring 2021 edition, we celebrate the remarkable polo achievements and all-round horsemanship of HRH Prince Philip, the Duke of Edinburgh, who passed away on 9 April. Prince Philip kindly wrote the introduction for the inaugural issue of Hurlingham, which is reprinted in the issue.

We also round up the latest international polo news – from Sotogrande to India – and in our Talk section, we take a look at why Port Mayaca – founded by the Orthwein family – is coming into its own, and explore Mike Roberts’ fascinating career as a photographer for Guards Polo Club.

In Opinion, Olivier Godallier describes how he and Benoît Perrier are starting the Polo Rider Cup, which will be played by 12 clubs from around the world, and in Features, Jaime Rincón- Gallardo recounts Mexico’s illustrious polo history. Plus, Giorgio Brignone describes how the exclusive Careyes Polo Club in Mexico has become one of the most sophisticated and vibrant destinations to stay and play.

Other highlights of the issue include Whitney Ellis’ article describing the difference between the public persona of Fred Mannix – world-class polo player and finance mogul – and Fred, his friend of nearly 20 years, and Ellis’ other feature on how the women of polo could teach us a thing or two on the field.

In the Action section, there are reports on the Argentine Open, the Cámara Cup, the Gauntlet, and the US Women’s Open. The surname that is prevalent is Cambiaso – Adolfo has been winning for years, but now we see his son and daughter are starting to make an impact.