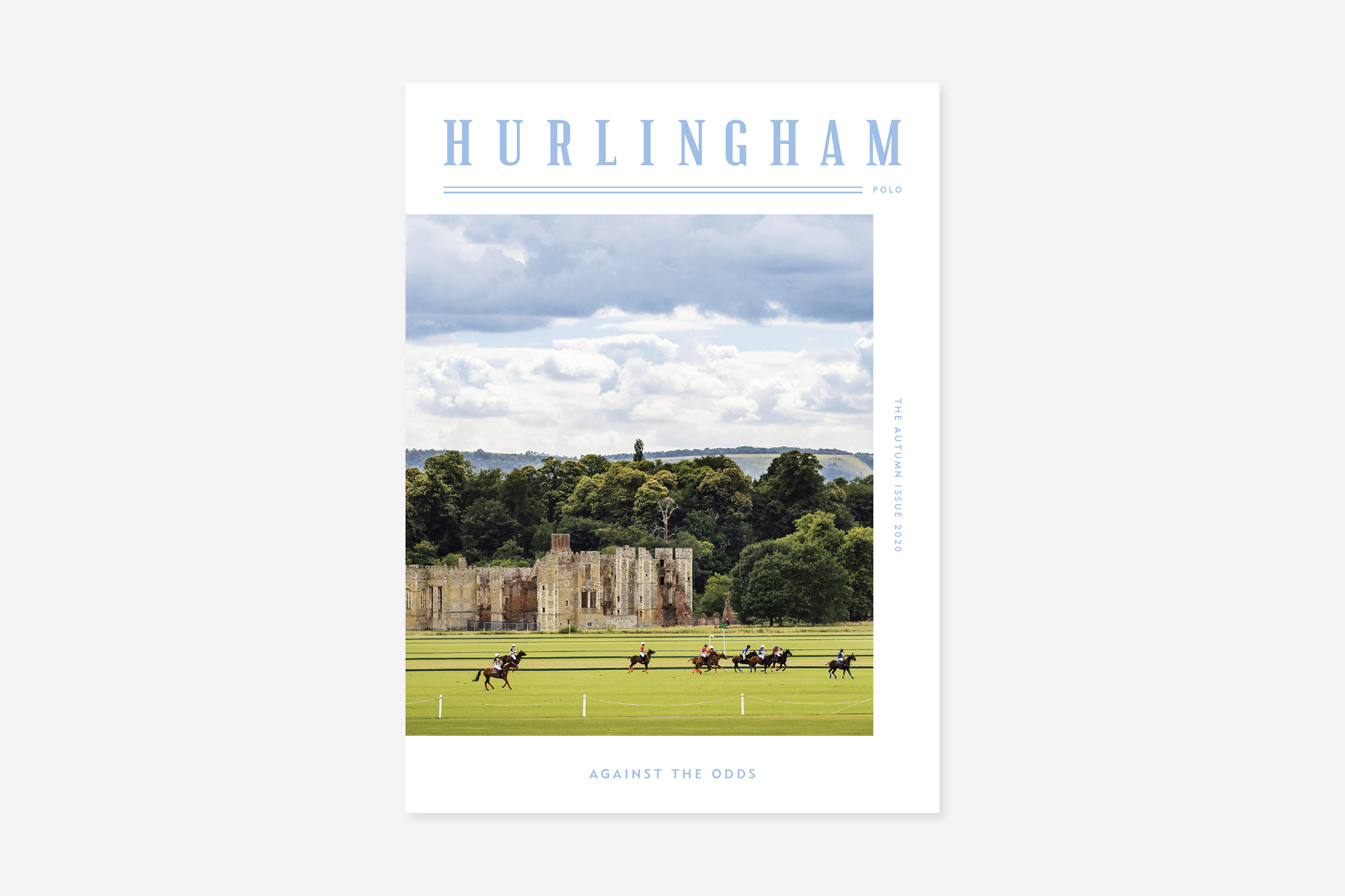 SHOW is pleased to announce the publication of the Autumn 2020 issue of Hurlingham Polo magazine, the most widely circulated, international luxury magazine for polo.

Mailed directly to polo players and supporters around the world, Hurlingham features extensive coverage of the sport of polo, as well as information, opinion and lifestyle content that reflects the interests of the passionate and affluent polo community – both on and off the playing field.

Despite a challenging season for the sport, this issue celebrates the players, and especially the patrons, who have kept their nerve and played, and there are a number of interesting themes in this edition.

The first is youth. Our cover photo is of a league game during the Gold Cup, which was shot from a distance by 10-year-old Cecily Ison, and the final was won by Jean-François Decaux’s Next Generation team, with 14-year-old Poroto Cambiaso. Les Lions/Great Oaks won the Queen’s Cup with the two Castagnola brothers, who are only 17 and 19. Reports of both tournaments are covered in our Action pages, along with the French Open, the Pacific Coast Open and the Aspen Valley Polo Club high-goal season.

Another theme is patrons and their passion for the game. Successful medium-goal player Simon Arber tells us what’s behind winning the Royal Windsor for the third time, and Dillon Bacon – who reached all the finals of the tournaments he played this season, winning two out of four – explains why polo is the most exhilarating and addictive sport he’s ever played.

We also round up the latest news, from training with the Ladies Polo Foundation, to Yak Polo played in Pakistan. The issue also features a number of fascinating historical articles, including a recount of the Cowdray Point to Point, which took place every Easter Monday from 1950 to 1986, and the heroic story of an All-Star match organised by the Foxcroft School to raise funds to help Britain’s war effort during the height of the Blitz.