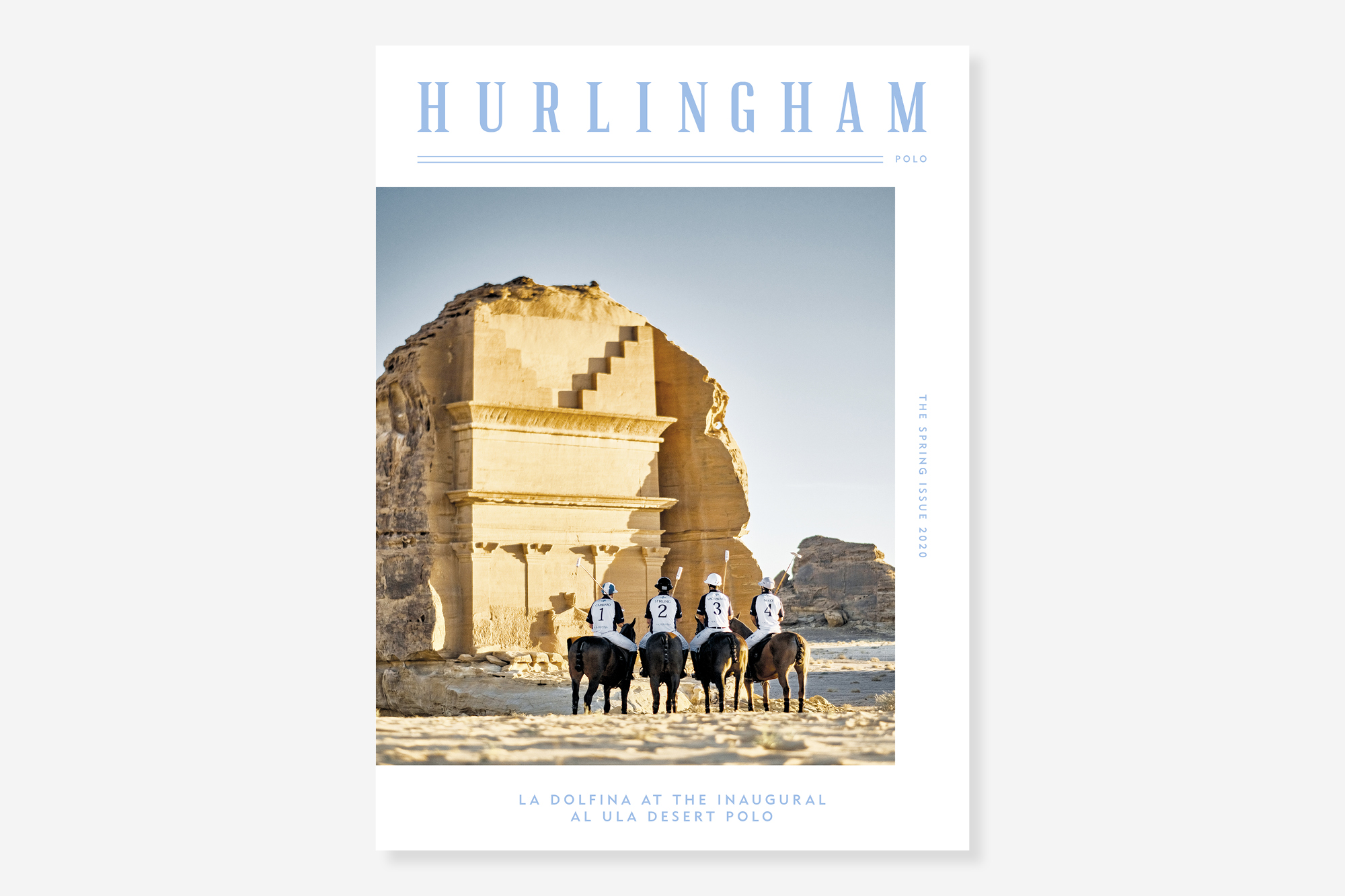 SHOW is pleased to announce the publication of the Spring 2020 edition of Hurlingham Polo magazine. Distributed to polo players and followers of the sport worldwide, Hurlingham is the most widely circulated, international luxury magazine for polo. It features extensive coverage of the sport of polo, as well as information, opinion and lifestyle content that reflects the interests of the passionate and affluent polo community – both on and off the playing field.

While much of the world remains in lockdown, this issue, which is published in print, is especially anticipated and appreciated around the polo fraternity, as a window of optimism during these closed-off times, and a small reminder of normality.

In our Ponylines section, we round up the latest polo news, from the Asia Cup Polo tournament held in Jaipur, to the Queen’s Cup Pink Polo in Thailand, and we list this year’s notable new inductees to the Museum of Polo Hall of Fame. The future of the game lies in young talents, and we also have articles about a number of rising stars, from Hope Arellano, Timmy Dutta and Jack Mclean, to Aidan Meeker and Mackenzie Weisz.

In Opinion, Stewart Armstrong, the new chairman of the United States Polo Association (USPA) outlines his initiatives to help polo thrive in the US, and in Features, following the success of the first Desert Polo set against the spectacular landscape of Saudi Arabi’s Unesco World Heritage site Al Ula, Saudi Polo Federation chairman and international businessman Amr F Zedan explains his ambitious plans for the sport in The Kingdom.

Polo is synonymous with travel, culture and heritage, and we also delve into the history of Lahore Polo Club, the heart of polo in Pakistan; uncover the story of a secret WWII airbase at Cowdray Park; and explore Kerry Packer’s fascination with game of polo in an article by Rosalyn Packer describing her husband’s affinity to Ellerston and how his legacy continues to influence the game.

Last but not least, our fast and furious Action section covers the most thrilling tournaments from the past season, including the shortened Gauntlet of Polo in Florida; the World Polo League; the Xtreme Polo League; the Triple Crown; the Thai Polo Open and the Dubai Gold Cup series.