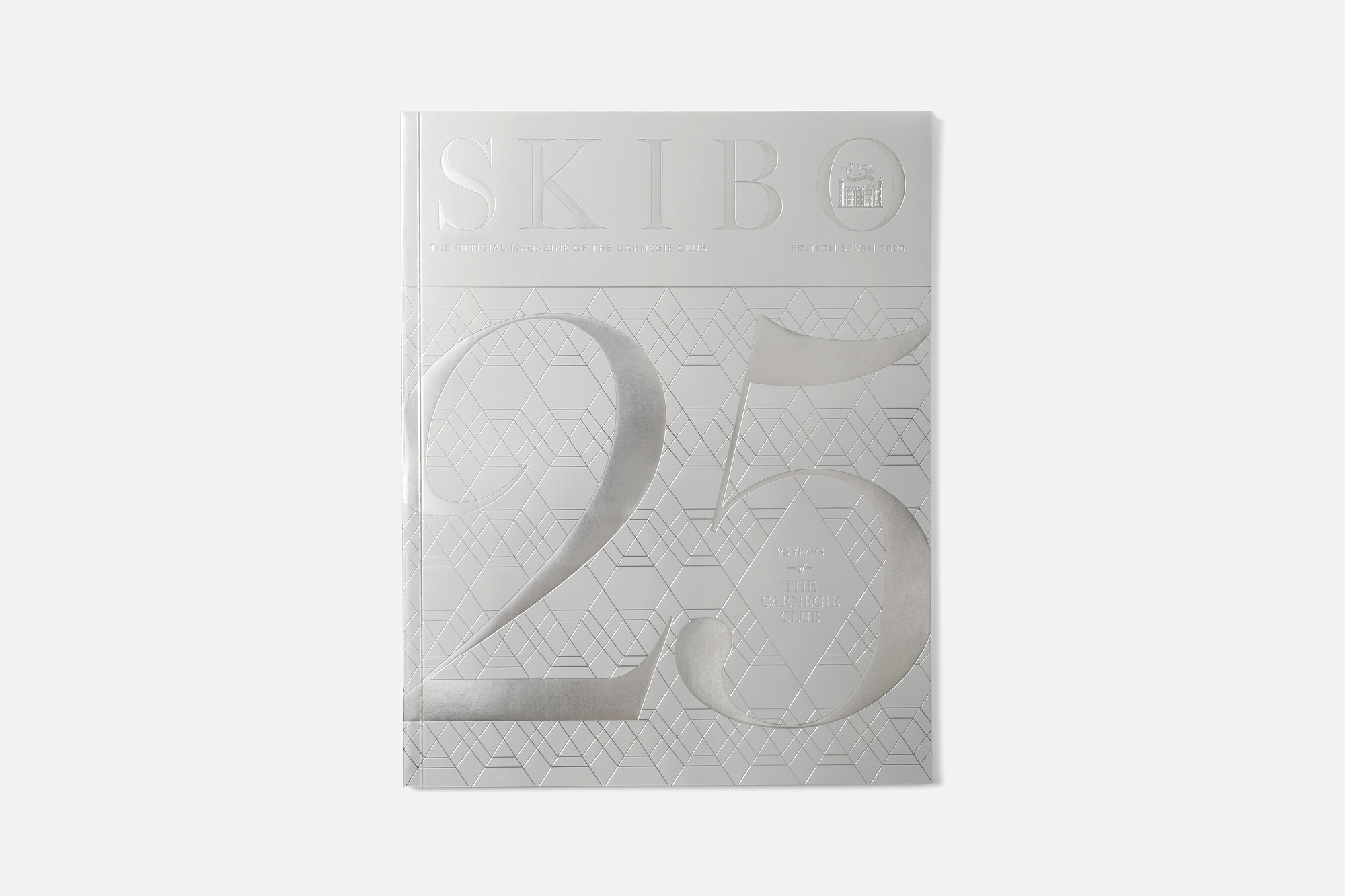 On behalf of The Carnegie Club at Skibo Castle, SHOW is delighted to have edited, designed and published the 2020 edition of Skibo magazine. The seventh edition of the magazine celebrates the silver anniversary of the prestigious private members’ club with a dazzling typographic cover, which features a geometric pattern inspired by the historic castle’s parquet flooring.

From an interview with Skibo’s owner about the evolution and legacy of the Club – and the Highland estate it calls home – to a specially penned poem by poet-in-residence Roger McGough, this bumper anniversary edition features a broad range of content, curated to highlight the Club’s unique environment and ethos.

Club-focused stories are interspersed with lifestyle features including a sociocultural essay on the evolution of the necktie, accompanied by specially commissioned illustrations by Adam Nickel; a look at the relaunch of Land Rover’s iconic Defender range by Times Luxx motoring editor David Green, and a piece about the benefits of outdoor adventures by the record-breaking explorer George Bullard.

SHOW also art directed a glamorous, silver-themed fashion story for the issue. Shot by photographer Oskar Gyllenswärd on location at The Royal Opera House, the images showcase exquisite eveningwear and fine jewellery against the backdrop of the institution’s distinctive interiors.

Original photography commissioned by SHOW features throughout the magazine, bringing to life the breathtaking landscape, impressive architecture, recreational facilities and personalities that make The Carnegie Club at Skibo Castle such a special place.