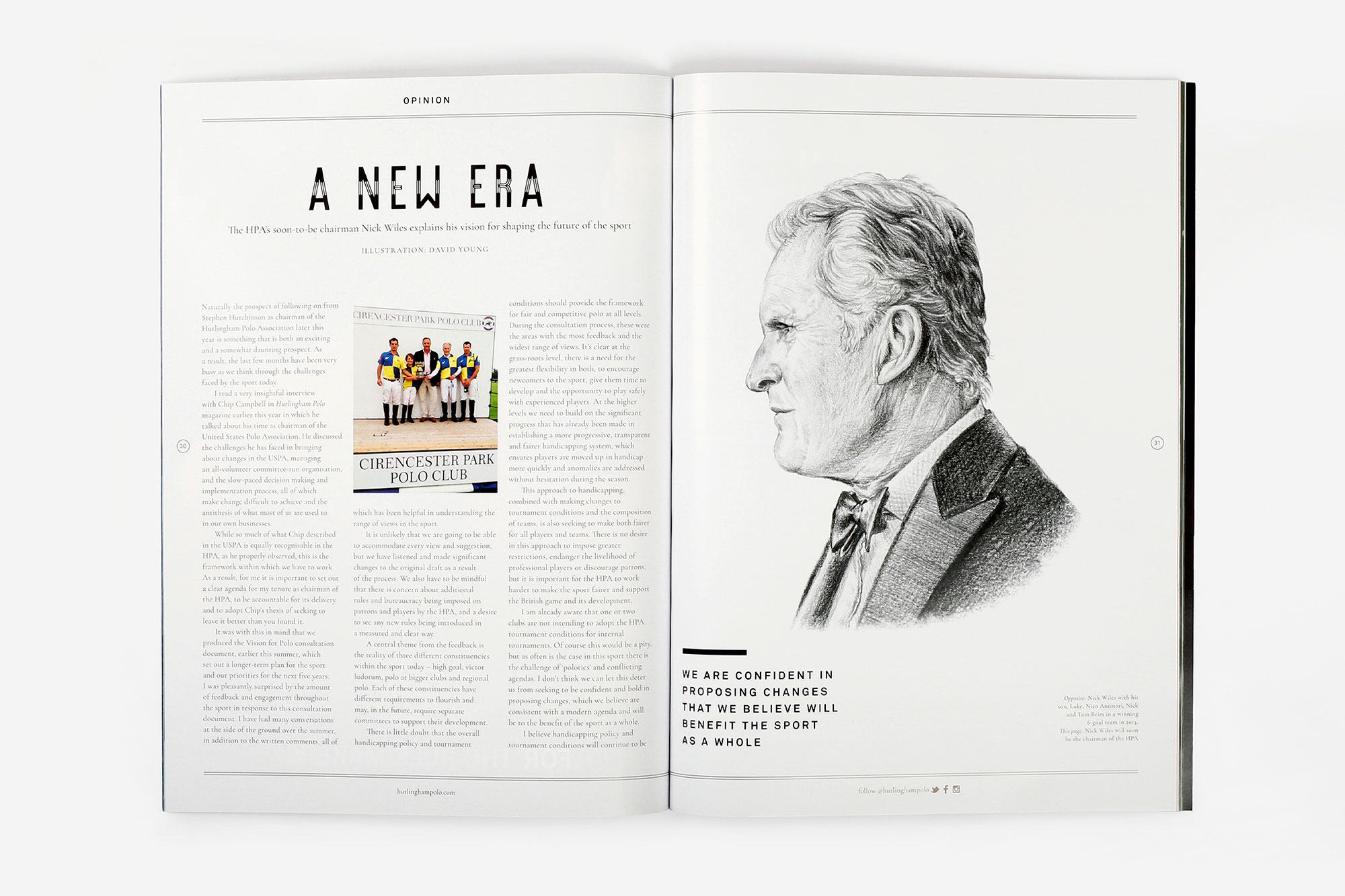 SHOW is pleased to present the Autumn 2019 issue of the world’s most prestigious polo publication, Hurlingham Polo magazine.

Mailed directly to 10,000 polo players and supporters around the world, Hurlingham features reports of recent tournaments and interviews with the sport’s biggest names. In this issue, we round up the latest from the UK summer season both on and off the field.

In this issue, we round up the latest news, from Nic Fiddian-Green’s new book launch to Montenegro’s first-ever polo tournament. We also profile David Paradice – pictured on the cover of the magazine with Her Majesty the Queen after winning the Cartier Queen’s Cup for Scone Polo, having only started playing polo 10 years ago – as well as the talented young Castagnola brothers in our regular Ones to Watch slot.

In the Action section, the Castagnola brothers feature in the Gold Cup, the Coronation Cup and in Sotogrande match reports and we also cover the best of the action from the Cartier Queen’s Cup, Copa De Oro, Silver Cup and the Royal Winsor Cup as well as providing an overview of the ladies’ polo season in the UK.

As Nick Wiles prepares to take over as chair of the HPA later in the year, he explains his vision for shaping the future of the sport in Opinion, and in Features, Hurlingham editor Jemima Wilson looks at how the HPA 1875 clothing range has taken the high street by storm, aiming to provide an accessible entry point to the game for people from a diverse range of backgrounds.

Also in Features, polo player the Earl of Tyrone describes how he is continuing a whiskey tradition to prolong his family’s illustrious legacy at Curraghmore House, and Joshua Casper recounts how the historic International Cup Challenge of 1921 marked the dawn of a golden age of polo.